Don’t try this in Rome

Going in was the easy part; getting out was a bit more difficult. I came to this realization when I suddenly found myself trapped in a bathroom not far from the Vatican in Rome after taking the advice of a well-meaning tour guide. 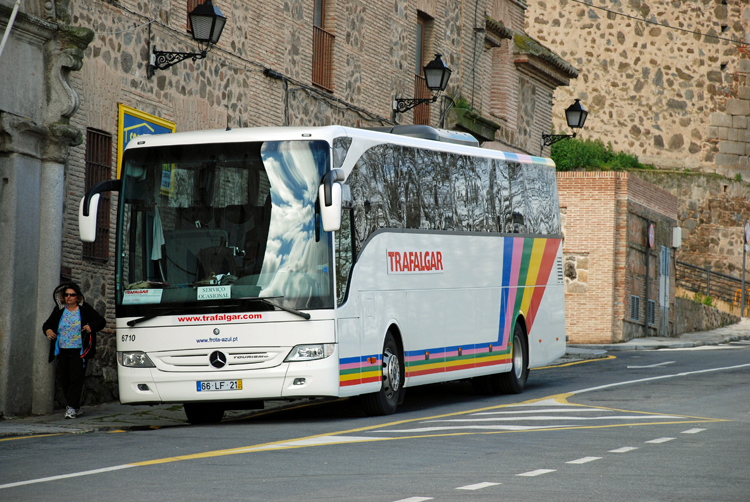 Trafalgar bus tours can be a good way to see Europe – especially for first-timers.

Trying to be Italian

This adventure happened when my husband and I were on a Trafalgar tour of Europe. As we had crossed the France-Italy border and were preparing for our first pit stop at an Autogrill just outside Venice, our tour guide had offered some valuable tips for getting along in Italy. “Italy is a feast of history, culture, cuisine, and adventure,” explained Simon. “Italians are passionate and vivacious. Don’t expect them to queue in line for food at the Autogrill or even at the toilet. If there’s a line at the lady’s room, Italian women will go to the men’s room rather than wait. Be Italian!”

Perhaps he was just trying to speed the group along, but I took what he said to heart. At the Autogrill, I abandoned the food queue, speedily gathered up my food and paid. By my third day in Italy, budging was coming naturally to me, but I had yet to find the need to try out Simon’s unique toilet tip. 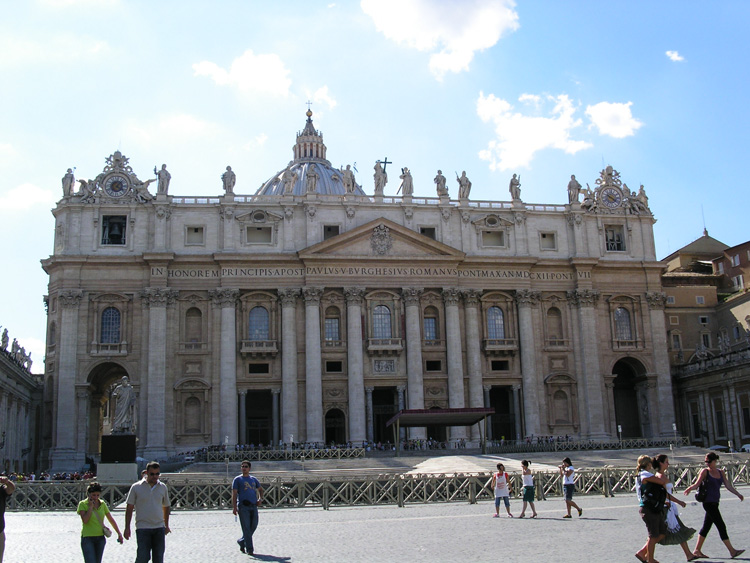 St. Peter’s Basilica is a must-see site in Rome.

After a busy morning of touring the Vatican, I was in desperate need of a bathroom break. When I finally found facilities, I was disappointed to discover that there was a line-up of fifteen women for the women’s bathroom and it was moving slowly. As I pranced in place waiting for my turn, I peeked inside the men’s room and discovered that there was not a single man in the men’s washroom.

Would you believe there has been research done on bathroom line-ups? A pair of Belgian scientists described this phenomenon as “female-unfriendly toilet culture” and apparently it’s a global issue. It may not be up there with global warming and ozone depletion, but I can tell you firsthand – there has been suffering.  And this partly explains what happened next. As I stood there doing the pee pee dance, I decided that this was the ideal moment to put Simon’s washroom tip to the test. 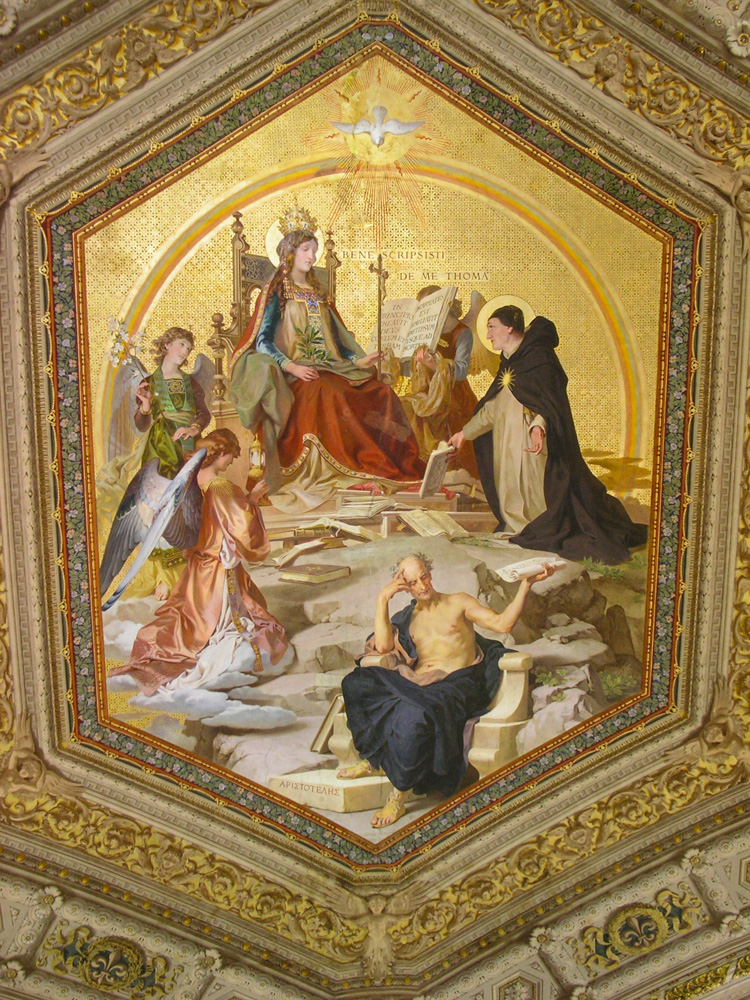 The ceilings in the Vatican museum are incredible.

Making a Break for it

I congratulated myself as I broke from the line-up and closed the door on a bathroom stall in the empty men’s washroom. I was positive that every female tourist in that line-up wanted to follow me, but they simply could not overcome their North American upbringing and do it. Too bad, so sad – for them.

I was still quite pleased with myself when the first man came into the washroom. Although we couldn’t see each other, I could hear him using the urinal. “No problem, I’ll just wait until he leaves,” I smugly thought as I waited behind the stall door. As a second, third, and fourth man entered the washroom, I kept waiting for it to empty and it simply was not happening. The washroom was now filled with men, many of them using the urinals, making it very uncomfortable for a woman to exit. (There are some “things” you just don’t want to see.)

Making a Break for it – Again

After waiting for what seemed an eternity, I finally burst out of the stall and raced quickly for the exit hoping no one would see me. Washing my hands at the sinks next to the now busy urinals was definitely out of the question. Fortunately, I had some alcohol-based hand sanitizer in my pocket. 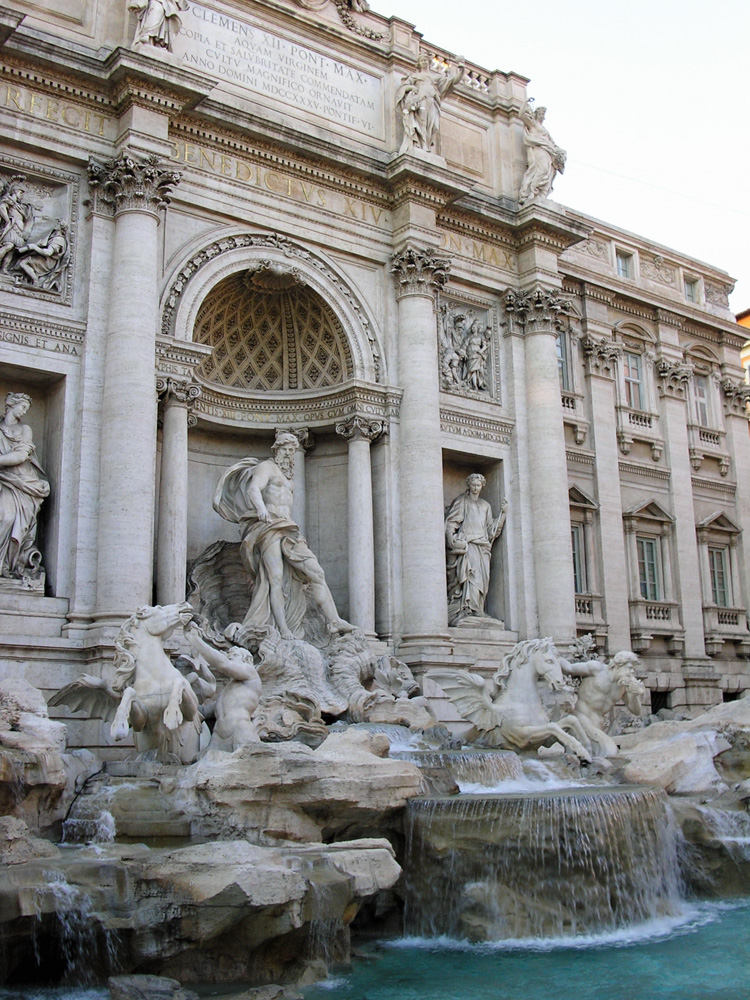 Legend has it that throwing a coin in the Trevi Fountain will ensure your return to Rome. Throwing a coin into the Vatican toilets might result in toilet flooding – and a return visit to those facilities.

The good news is that I escaped quickly and went almost unnoticed, and that I learned something from my experience. When in Rome, sometimes it’s good to be like the Romans and other times it’s better just to be yourself.