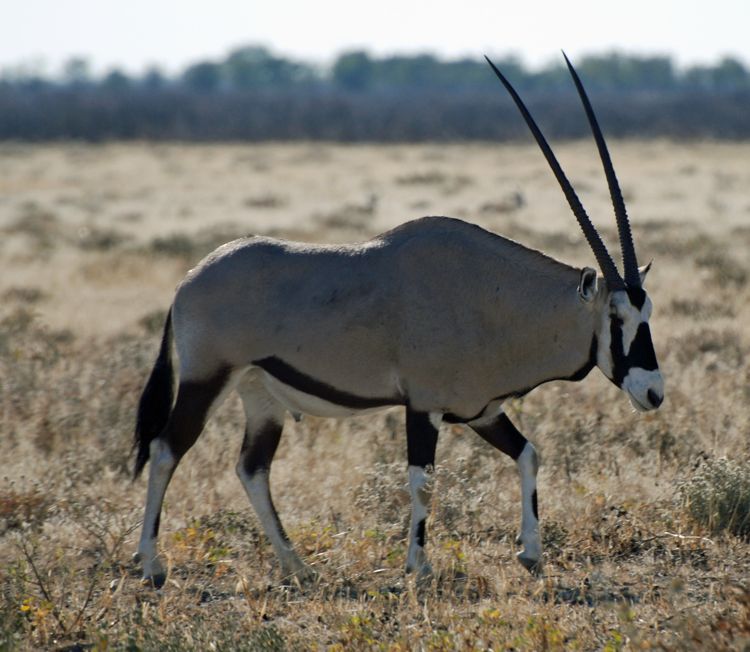 The oryx is the national animal of Namibia. It’s pictured on the national coat of arms. Photo by DEBBIE OLSEN

Self Drive Safari in Namibia

There is something incredibly intrepid about the notion of driving yourself across Africa watching an ever-changing landscape filled with elephants, giraffes, lions and other wildlife roll past your window. It’s an epic road trip that is only possible in a few of Africa’s safest countries. 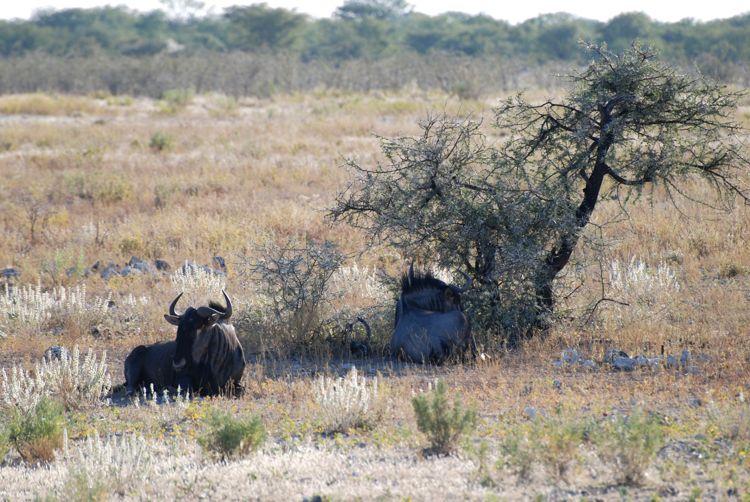 This Cape buffalo looks passive, but it is one of the most dangerous animals in Africa. More big game hunters are killed by cape buffalo than by lions. Cape buffalo have been known to kill lions. Photo by DEBBIE OLSEN

Note: If you like articles and pictures of wildlife, check out our posts about Churchill Polar Bear Tours or Top Ten Galapagos Islands Animals. 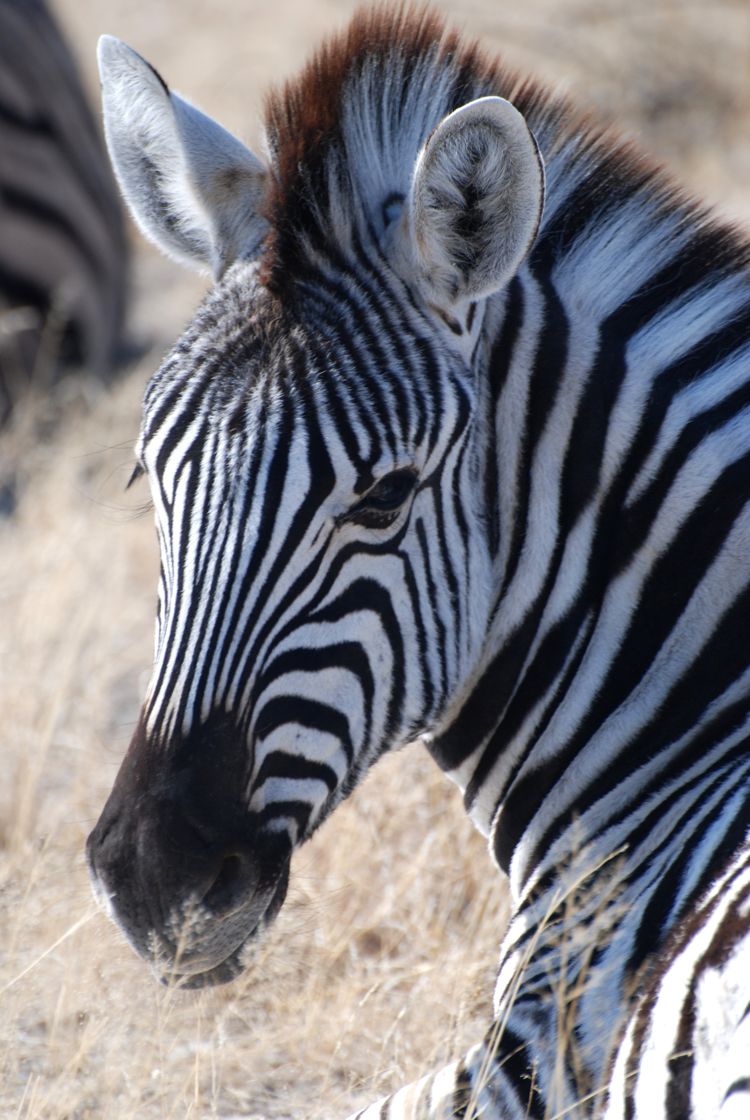 Zebras are related to horses and donkeys. Each zebra is unique and has a unique pattern to its stripes. Photo by DEBBIE OLSEN

Etosha National Park spans an area of more than 22,200 square km and contains a salt pan so large it can be seen from space. It is located in the Republic of Namibia, which is in southern Africa bordering the Atlantic Ocean. The country has a good safety record, clean water and few incidents of malaria. 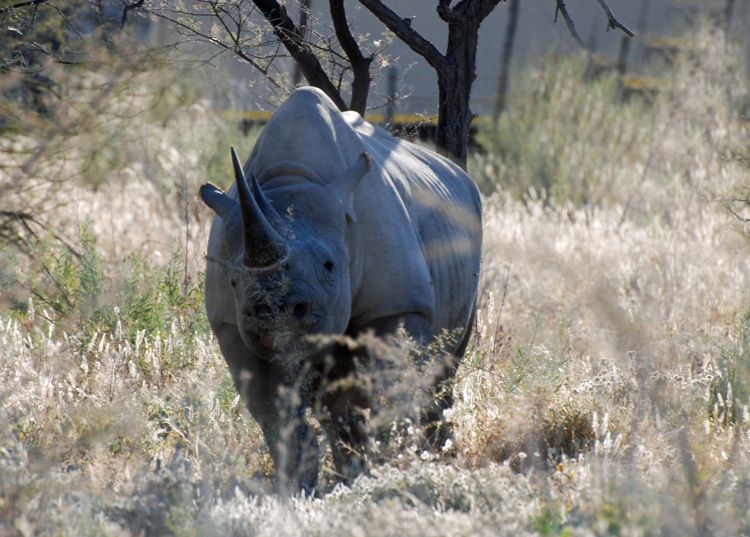 The Challenge of a Self Drive Safari

Etosha National Park is home to hundreds of animal species. I worried that finding them in such a vast area would be difficult without a guide. After entering the park, we headed down a bumpy gravel road and saw a black rhino moving through the brush. The endangered black rhino is notoriously difficult to spot in the wild, therefore, a sighting is considered a special treat on any safari. When we saw one within minutes of entering the park, I knew that seeing wildlife on our own wasn’t going to be a problem. 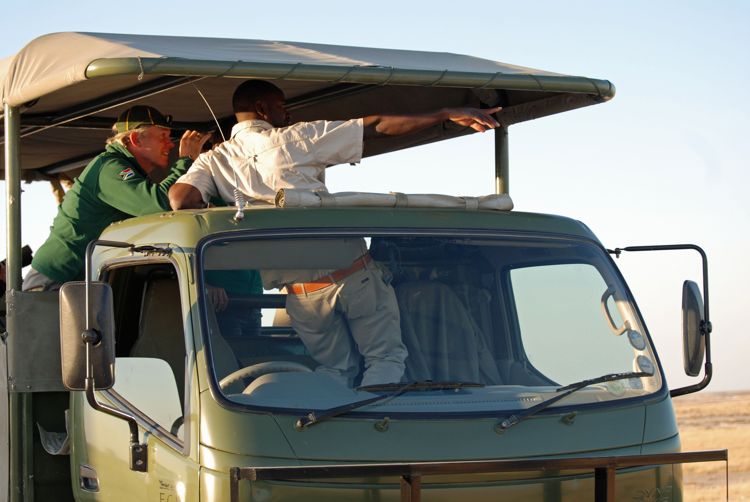 If you’re a little nervous about a self-drive safari, start your first day with a guided trip. This will give you the lay of the land. Photo by DEBBIE OLSEN

Water Holes – Where the Wild Things Are

It didn’t take long for us to realize that water holes were a good bet for wildlife sightings on a self drive safari. We got a park map that showed us where all the water holes were. The professional guides used satellite phones to communicate between vehicles when they found one of the Big Five – lion, leopard, rhinoceros, elephant, and Cape buffalo. Whenever we saw a group of guided caravans gathered alongside the road, we stopped beside them to see what was going on. 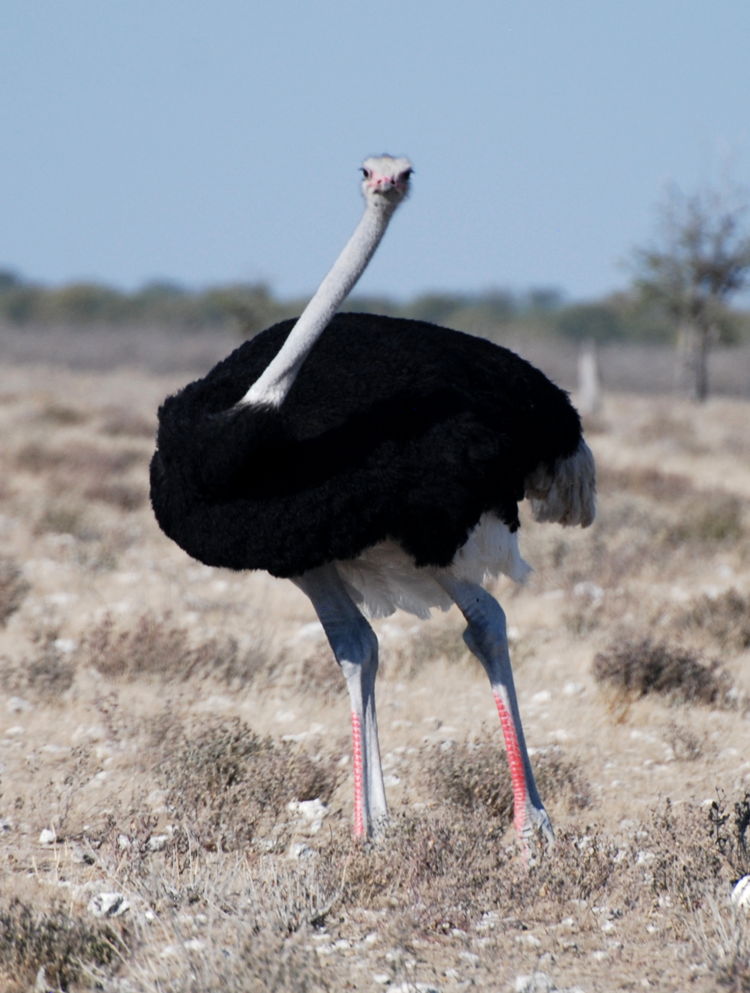 The ostrich is the world’s largest living bird. Contrary to popular myth, it does not bury its head in the sand when it is afraid or agitated. Photo by DEBBIE OLSEN

What We Loved About Our Self Drive Safari

The upside of going it on our own was that finding wildlife felt like a bigger accomplishment. It was also nice to have the freedom to stay as long as we wanted watching a particular species and trying to capture the perfect photo. Sometimes we just stopped and observed a herd of zebra or springbok – animals that might seem less exciting to locals, but were fascinating to us as first time visitors. 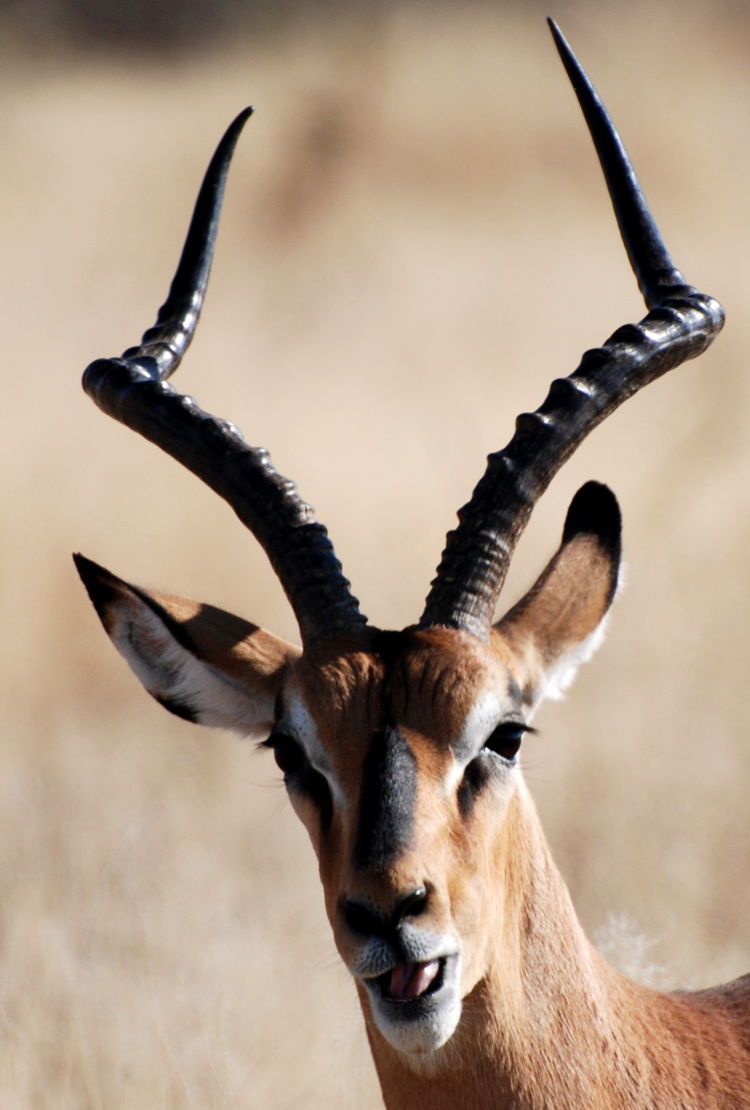 The black-faced impala is originally from the north west of Namibia, but was introduced to Etosha National Park in the 1970’s. Photo by DEBBIE OLSEN

2 thoughts on “African Adventures on a Self Drive Safari”