How to Make the Holidays Happy 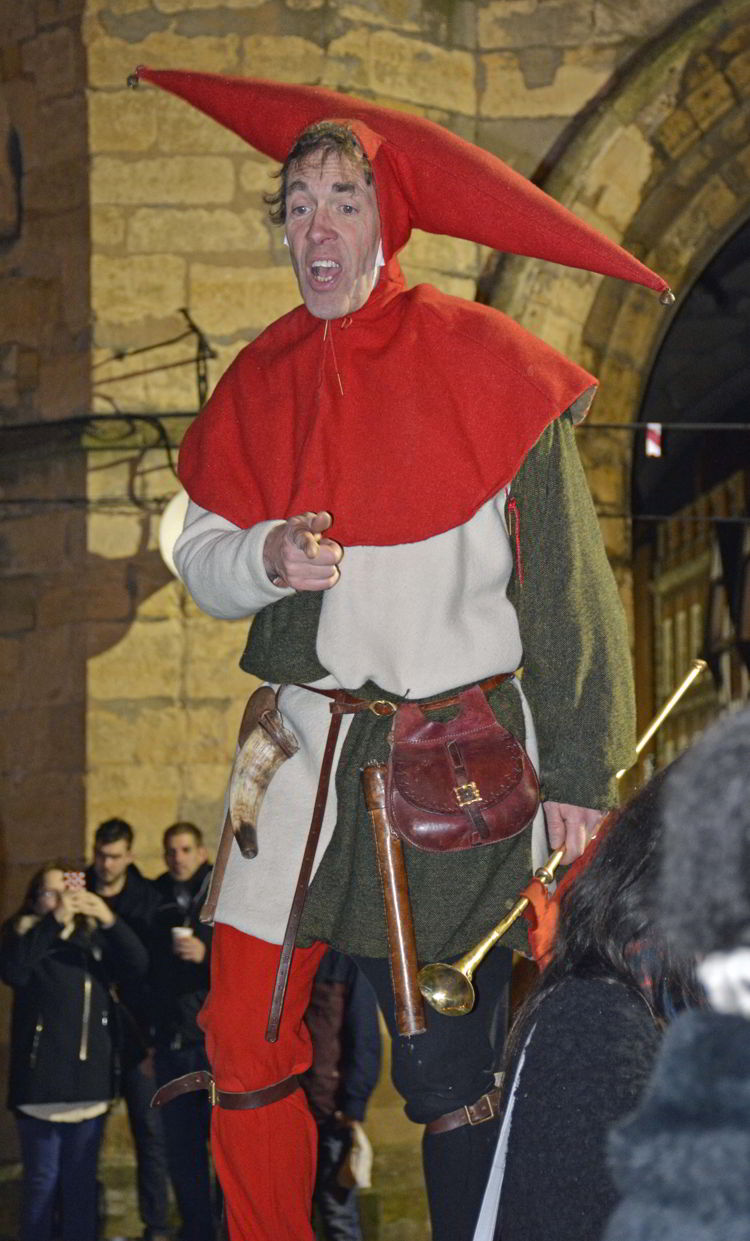 Live entertainers like this court jester are a part of Lincoln Christmas Market. Photo by DEBBIE OLSEN

A court jester on stilts was wandering around the wooden stalls at the Lincoln Christmas Market in Lincolnshire, England. Every so often he blasted a small horn and made the formal announcement: “nothing is about to happen.” The square was packed with people, because contrary to the jester’s announcement, something was about to happen. The Dean of Lincoln Cathedral was about to offer a seasonal blessing on the Lincoln Christmas Market following which the Mayor of Lincoln would officially declare the market to be open.

Related: Flying Icelandair to Europe? Check out out our post about exploring Iceland. 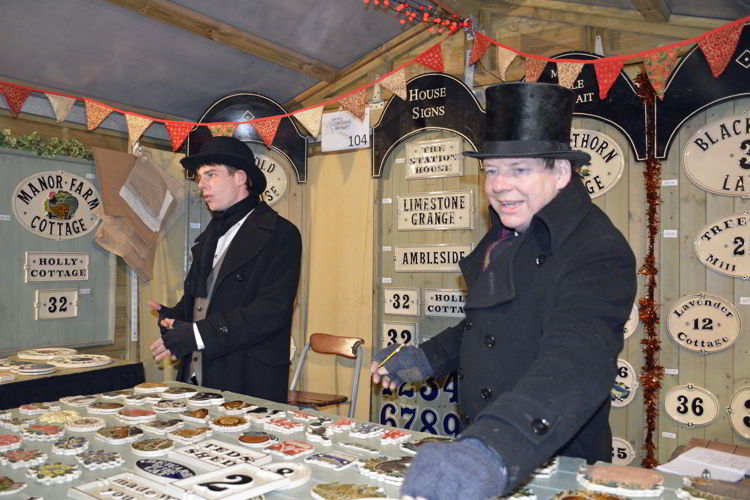 Handmade crafts are abundant at the Lincoln Christmas Market. Photo by DEBBIE OLSEN 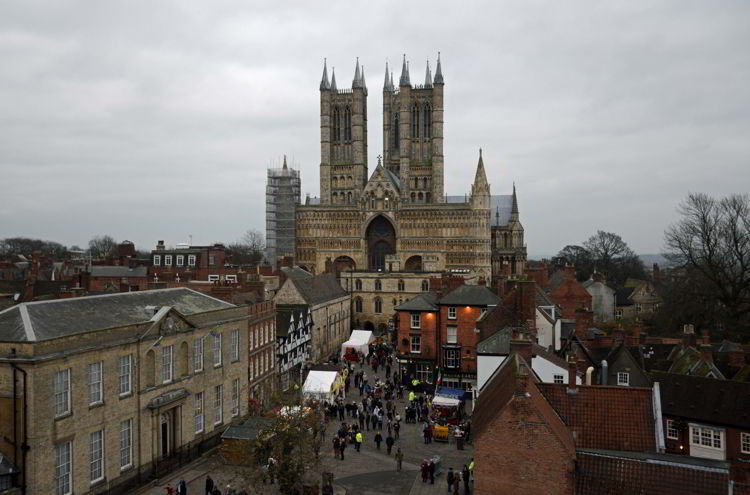 A view of Lincoln Cathedral and the Lincoln Christmas Market being set up. Photo by DEBBIE OLSEN

A German Christmas Market in England

The small city of Lincoln has the oldest traditional German Christmas market in the United Kingdom. City officials conceived the idea for the market more than 30 years ago after visiting their twin city of Neustadt-an-der-Weinstrausse in the Rhineland region of Germany. The oldest Rhineland Christmas markets date to the early fifteenth century.  Even though the Lincoln Christmas Market has only been around for a little more than three decades, it is one of the largest in the UK. The population of the small city more than doubles for a few days each December. 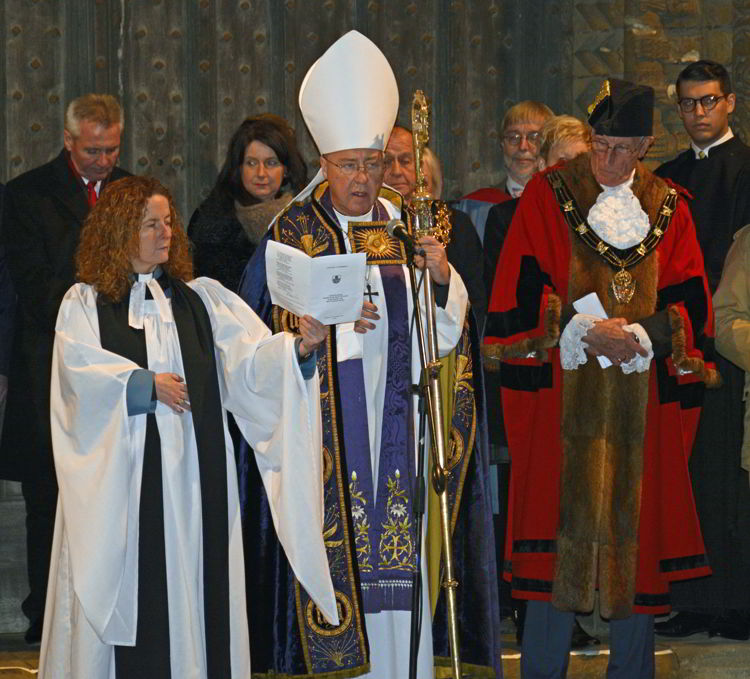 The Lincoln Christmas Market begins each year with the blessing of the market by the Dean of Lincoln Cathedral. Photo by DEBBIE OLSEN

I stood at the edge of a movable barrier and watched as carolers filed out of the cathedral fresh from the Evensong service. The Dean of the Cathedral and the Mayor, both dressed in ceremonial attire, positioned themselves amongst other dignitaries on the cathedral steps. After the blessing and speeches from the Oberburgermeister from Neustadt-an-der-Weinstrausse and the Mayor, the cathedral choir sang “We Wish You a Merry Christmas” and the market was officially opened. 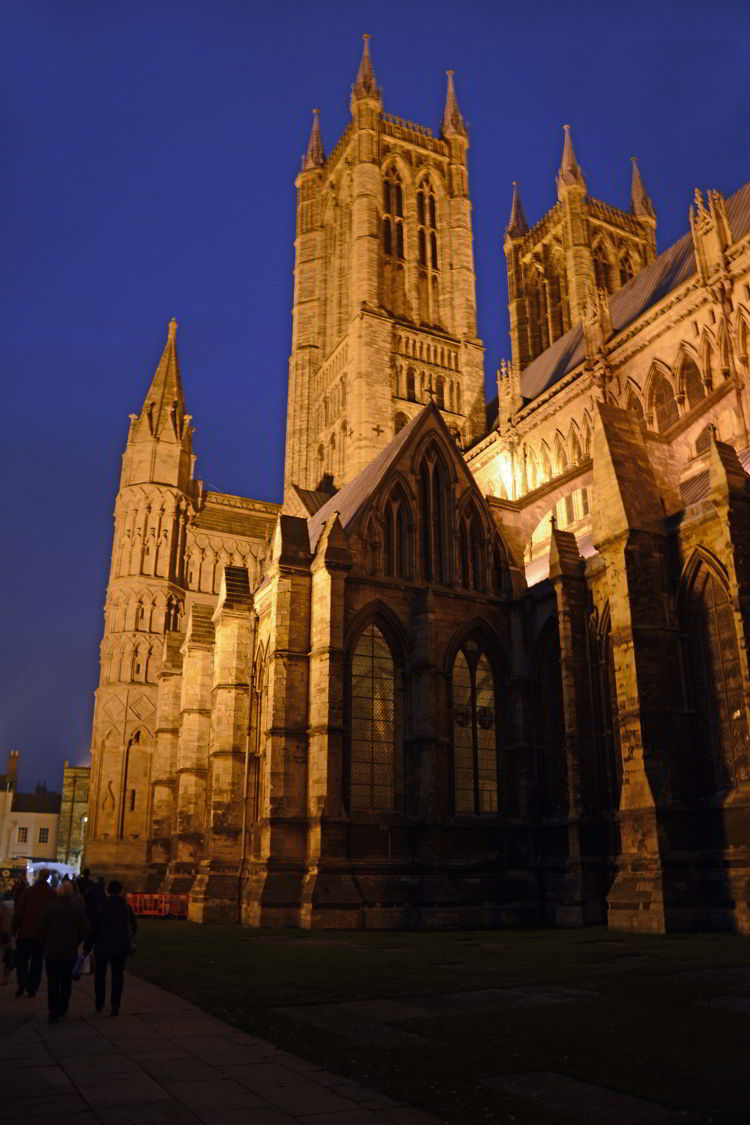 Lincoln Cathedral was the tallest building in the world for 238 years from 1311–1548. Today it is the third largest cathedral in Britain. Photo by DEBBIE OLSEN

European Christmas markets have become one of the most popular ways to do your holiday shopping while having some fun in the process.  As I wove my way through the crowded market, I could smell the aroma of mulled wine and grilled Lincolnshire sausages wafting on the cool evening breeze. Carolers and musicians filled the streets with live holiday music and I stopped at the various stalls to sample local foods and view handicrafts. Sampling local cheeses, candies and real Christmas figgy pudding allowed me to capture some of the spirit of Christmas. It was an experience worth traveling for – even at the busiest time of the year.

Note: The Lincoln Christmas Market will run from Dec 6-9, 2018. For more information about Lincolnshire, England, visit the official tourism website.

More info about Christmas markets: Read our post about the Best Christmas Markets in Europe.