One of the Prettiest Parks in North America

If you want to feel a sense of your own smallness, stand at the edge of the 12-mile (19-km) long Bryce Amphitheater. There are few places in the world where the forces of natural erosion are more tangible. Or better yet, go for a walk among the hoodoo formations and colorful rock layers of this amazing national park. Here are our suggestions for the best hikes in Bryce Canyon. 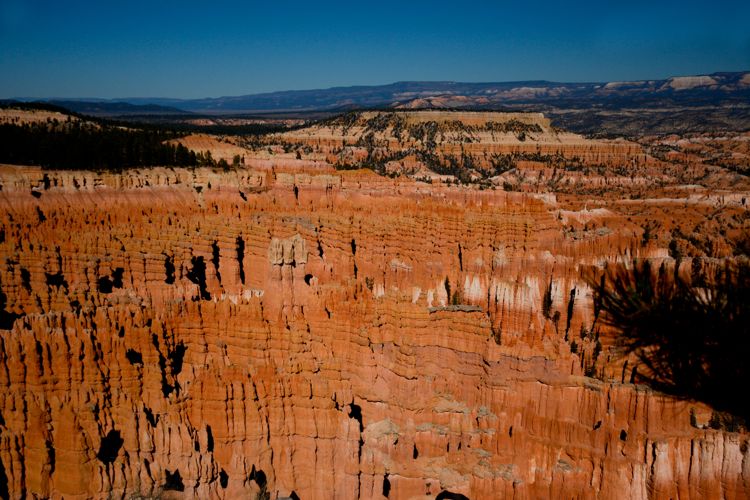 The view from Inspiration Point is inspiring – a well named site. Photo by GREG OLSEN

The 1.4 mile Navajo Loop is one of the best hikes in Bryce Canyon and one of the best one-hour hikes in the world. We’ve hiked at many different destinations around the world and the scenery on this short hike blew us away. Even though it’s short, it’s ranked as a moderately difficult trail. You go from rim level at Sunset Point down to the base of the spectacularly beautiful canyon.The trail itself is a 1.4 mile (2.9 km) loop, so you don’t have to double back to complete it. On the canyon floor it’s amazing to  walk through the tall pillars of Wall Street and see other rock formations like Twin Bridges and Thor’s Hammer. 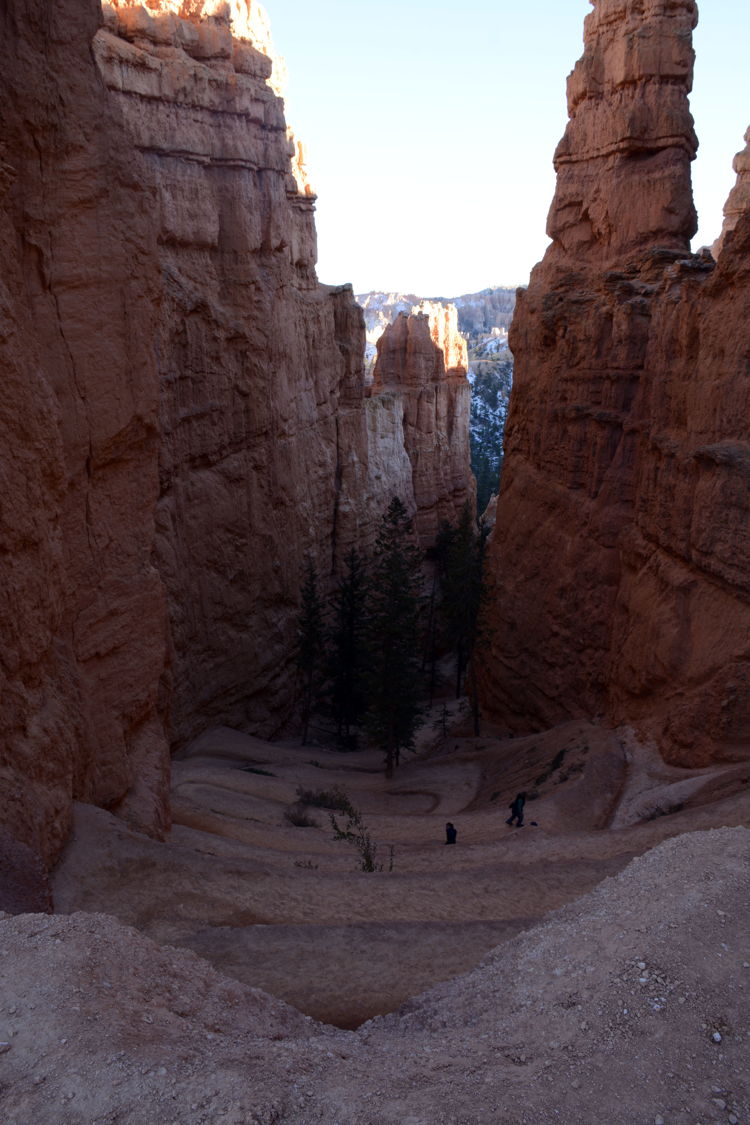 It’s one thing to see the hoodoos from above and something else entirely to walk among them. Photo by GREG OLSEN

We could have hiked the Navajo Loop in about an hour if we hadn’t stopped for so many pictures. The colors and geology were too irresistible. Photo by GREG OLSEN

The Navajo Loop is often combined with Queens Garden making one of the best 3-mile (5 km) hikes anywhere. If you time it right, you can end the hike at Sunset Point just in time to watch the sunset over the maze of hoodoos known as the Silent City. 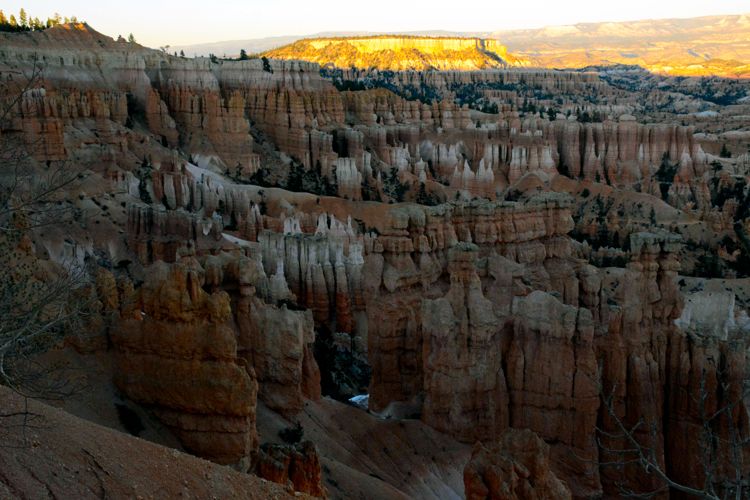 The Rim Trail passes the most significant viewpoints in the park including Sunset Point, which is pictured here. Photo by GREG OLSEN

Related: Read our post about Bryce Canyon in Winter.

The Rim Trail stretches 5.5 miles (8.9 km) one-way from Bryce Point to Fairyland along the rim of the main amphitheater. It is one of the most popular trails and one of the best hikes in Bryce Canyon National Park. In summer, you can hike the entire trail in one direction and catch a shuttle back to your starting point. We visited Bryce Canyon in November, so the shuttle service was not an option. Bathroom services were also in short supply. We hiked several km on the trail and then doubled back to return to our car. The upside to traveling in November was seeing the hoodoos covered in a light dusting of snow and visiting this beautiful place without crowds.

One of the views from higher up on the Navajo Loop Trail in Bryce Canyon National Park. Photo by GREG OLSEN

The highlight of this trail is the spectacular views you get along the rim of the canyon. The Rim Trail passes all the scenic overlooks and is accessible from many different spots, so you can hike all of it or just a portion of it. Sections of the trail between Sunrise and Sunset points are wheelchair accessible. 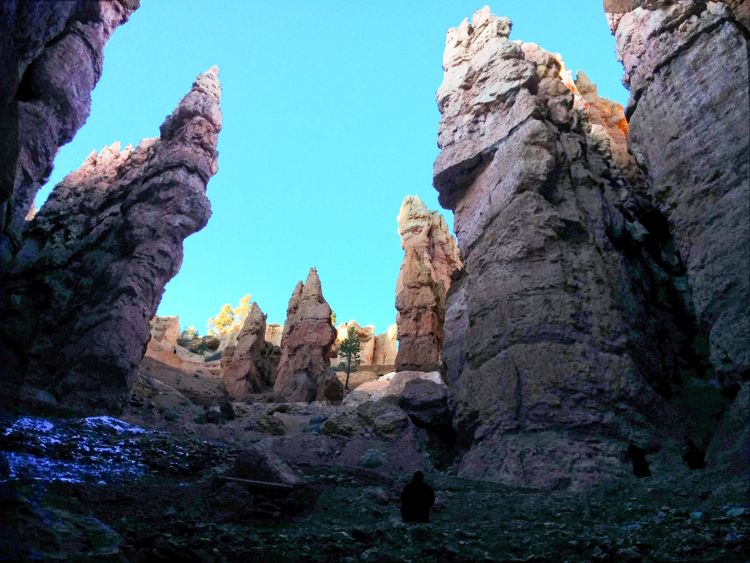 The views looking up from the canyon floor are dizzying at times. Photo by GREG OLSEN 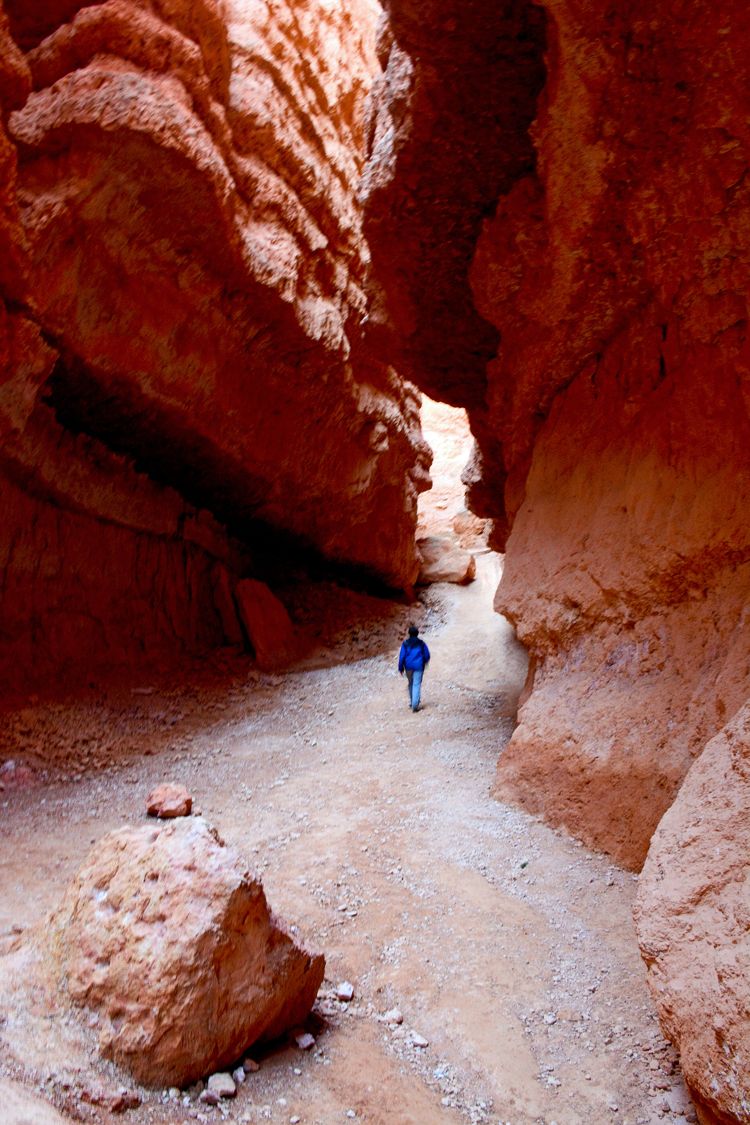 The Navajo Loop and Queens Garden Trails can be done together. This gets you down on the canyon floor with a completely different perspective. Photo by GREG OLSEN

The Queen’s Garden Trail is often combined with the Navajo Loop and that’s exactly what we did during our November visit. This 0.9 mile (1.5 km) trail takes you through fascinating rock formations like Gulliver’s Castle, the Queen’s Castle, and one that is named for Queen Elizabeth herself. The combined 3 mile (5 km) trail is one of the best hikes in Bryce Canyon. We loved the fascinating geology along this route, but we also loved the Navajo Loop Trail. If you want a longer hike, combine the two. 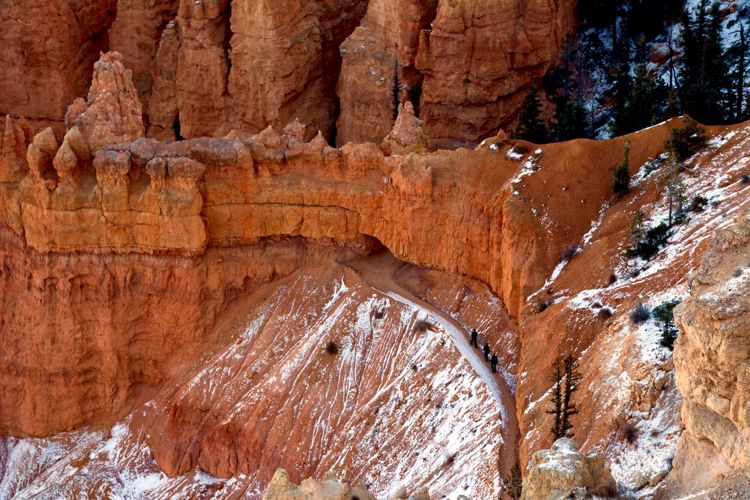 There are 11 trails of varying difficulty that are well suited for day hiking in Bryce Canyon National Park. Photo by GREG OLSEN

This one is on our list for the next time we visit Bryce Canyon (and there definitely will be a next time). This 0.8 mile (1.2 km) trail is on the northern end of the park. It ends a mossy cave and offers a smaller scale version of the scenery you get on the other best hikes in Bryce Canyon. There are two stream crossings that are usually pretty easy to hop across and it passes a 10-foot (3 m) high waterfall. In winter, the seeping water inside the cave freezes into icicle gardens. In summer, you’ll find moss. 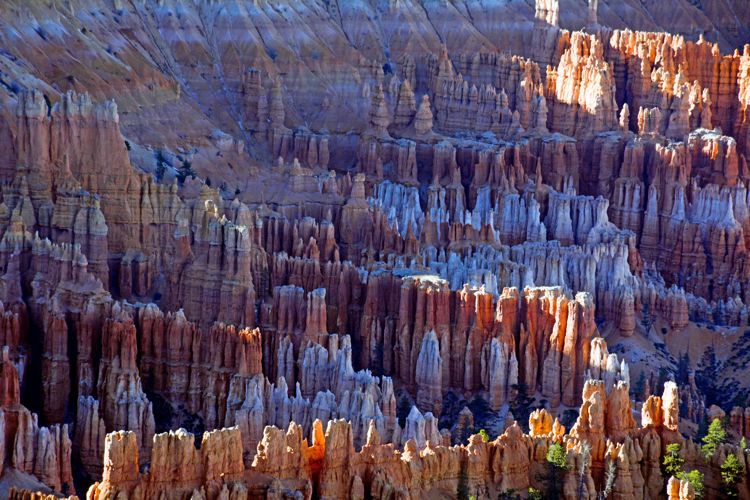 The view from Bryce Point is stunning. Ebenezer Bryce said it was “a hell of a place to lose a cow.” Photo by GREG OLSEN

How Bryce Canyon Got It’s Name

Bryce Canyon was named for Ebenezer Bryce, the Mormon pioneer homesteader who settled in the valley below the canyon in 1870. Though he only lived there for five years, the canyon became known as Bryce’s canyon – a name which has remained to this day. No one knows if Ebenezer Bryce ever had romantic notions about his canyon becoming a tourist site. All he is known to have said regarding it is, “It’s a hell of a place to lose a cow.” 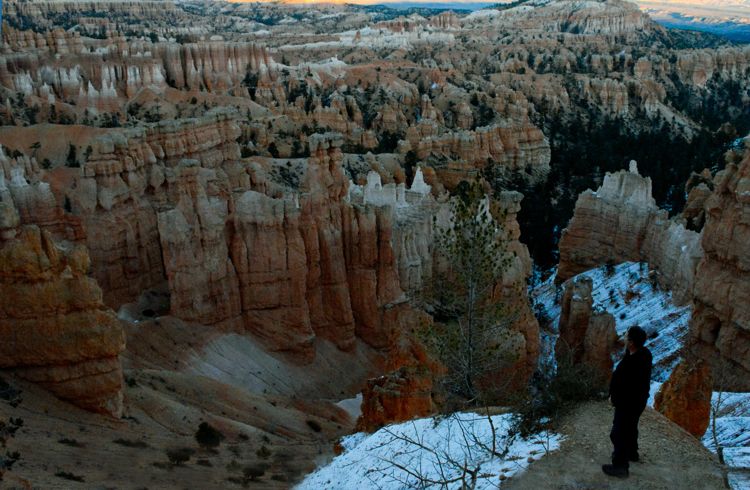 The views in Bryce Canyon are mesmerizing. You could stand there indefinitely just gazing out. Photo by DEBBIE OLSEN

Related: Check out our post on the best hikes in Zion National Park.