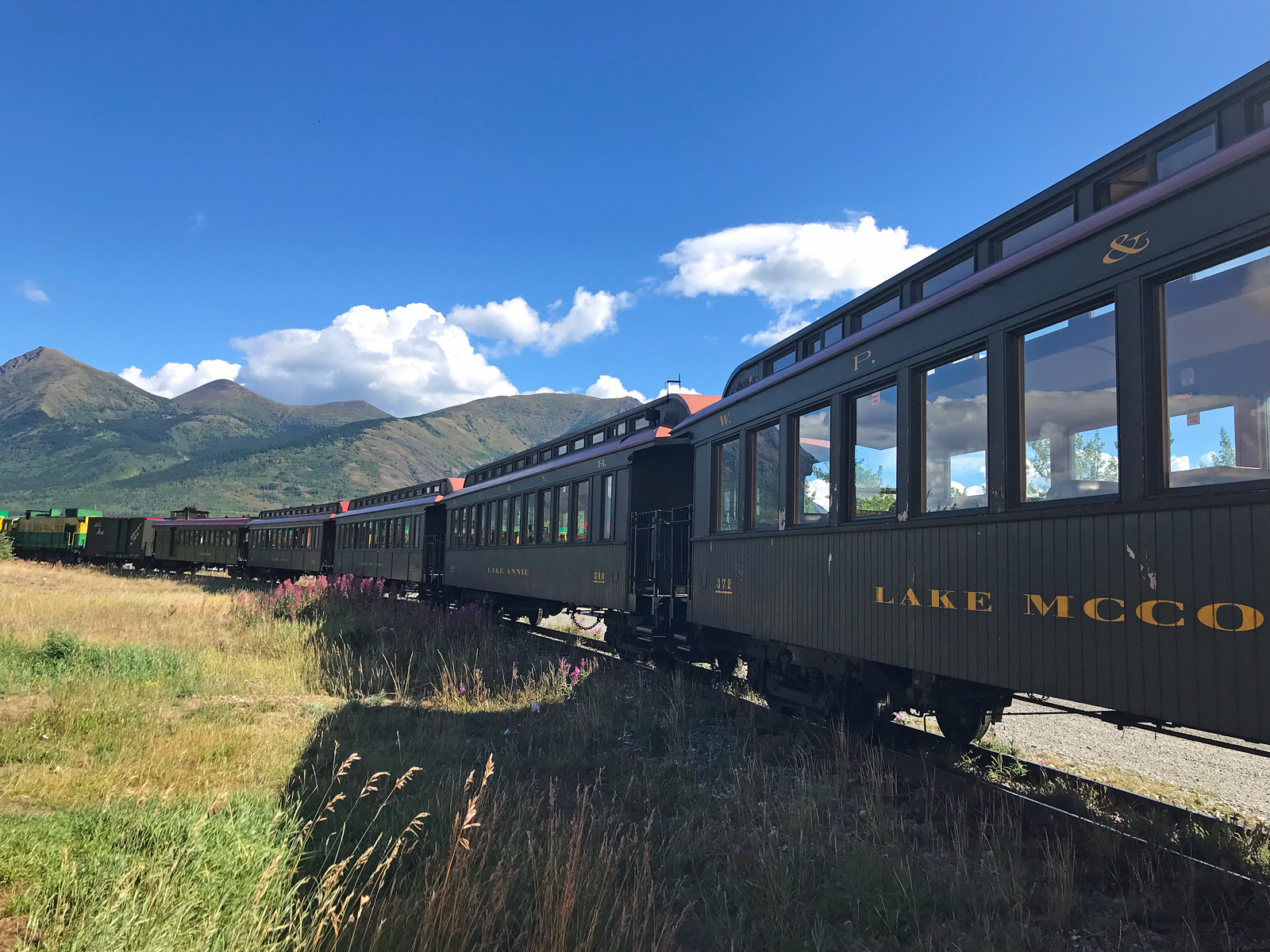 Built in 1898, during the Klondike Gold Rush, the White Pass and Yukon Route passes mountains, glaciers, gorges, lakes and waterfalls.

The White Pass railroad carried many prospectors during the Klondike Gold Rush and today it is an Alaska cruise shore excursion and a popular day trip for visitors to the Yukon. There are several ticket options available and many people who purchase a train ticket from Skagway only do the short White Pass section of the journey. While it is a scenic journey, it’s better if you go all the way to Carcross, Yukon. 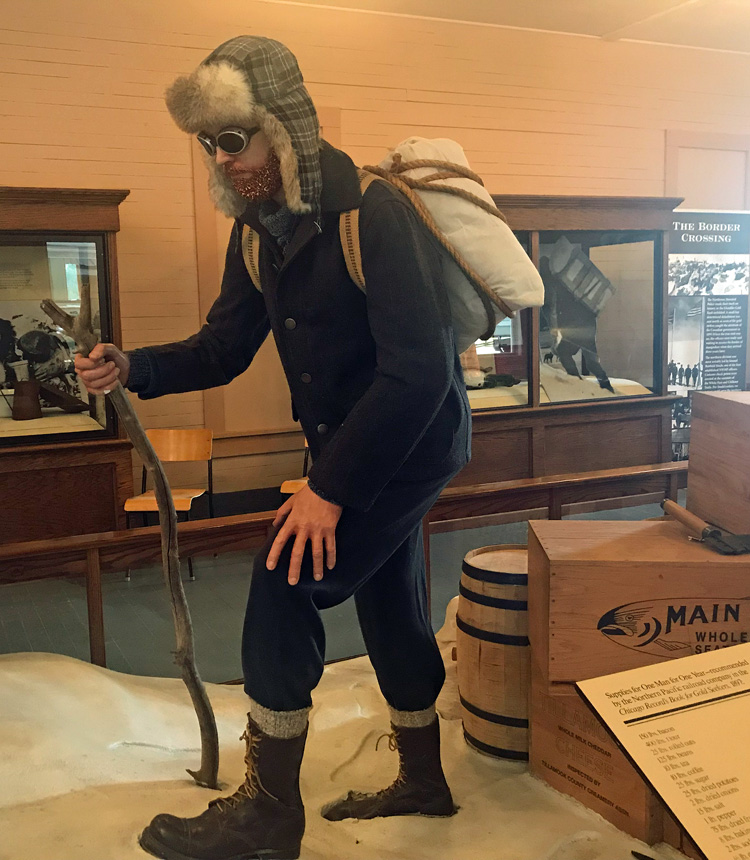 To prevent mass starvation, the Canadian government required Klondike prospectors to bring a year’s supply of food and equipment. The food alone weighed over a ton.

Gold in the Klondike

The Klondike Gold Rush was an event like no other in history. Between 1896 and 1899, it’s estimated that 100,000 gold crazed prospectors attempted to make their way to the Klondike region of the Yukon to find their fortunes. They were ordinary people who undertook an extraordinary journey. A few hundred got rich, the rest had the adventure of a lifetime. It’s still a thrill to step back in time and follow in the footsteps of these prospectors. One of the nicest ways to do it is with a journey aboard the White Pass and Yukon Route.

Before the railroad, most stampeders carried their goods on their backs the 33 miles over the mountain passes making the trip multiple times to get all the supplies over the pass. There were two possible routes. The Chilkoot Pass was shorter and steeper. The White Pass was longer, but it was possible to take pack animals on this route. Nearly 3,000 pack animals died going over the White Pass, which novelist Jack London dubbed “the dead horse trail.” This is the route the rail was built over and it is an incredibly scenic ride. 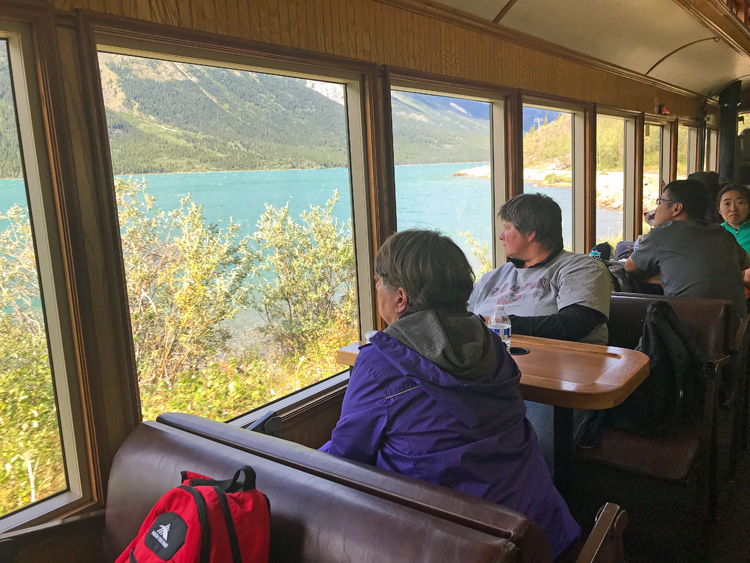 There are spectacular views all along the White Pass & Yukon Route 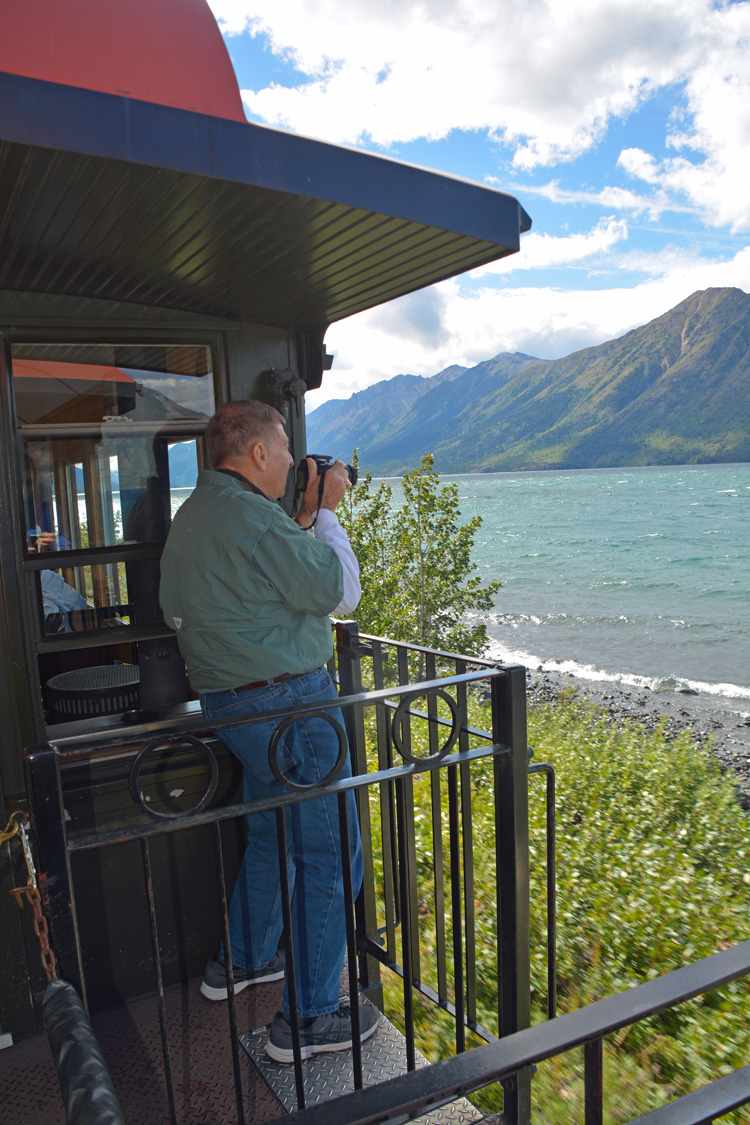 You can get great unobstructed photos from the back of the rail car. 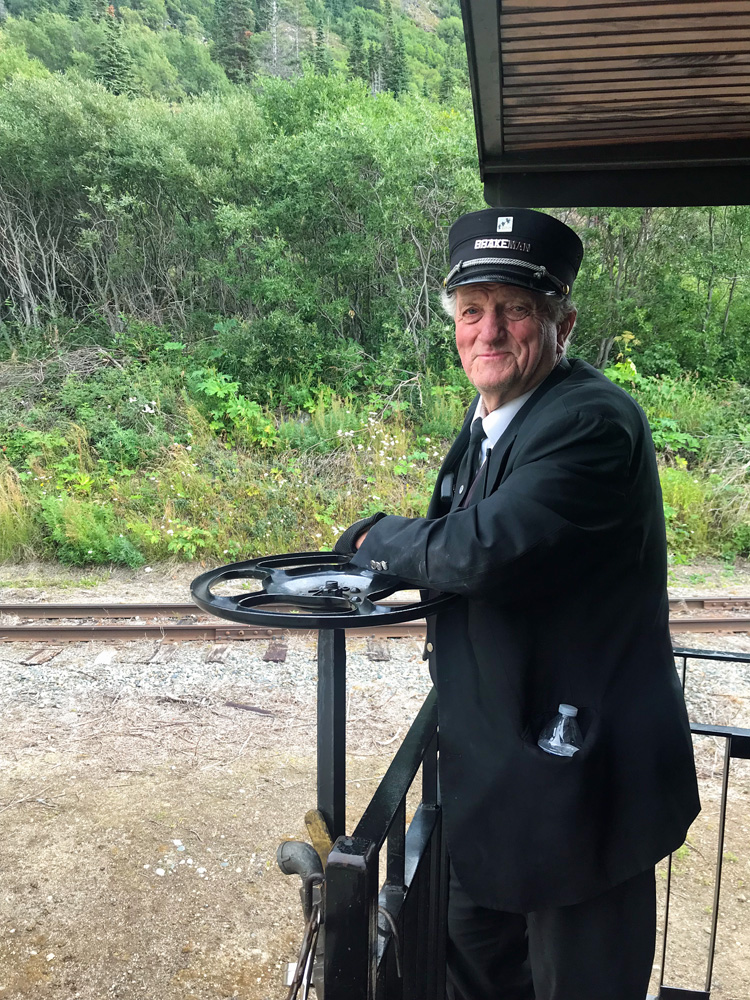 Getting to the Chilkoot Trail

The train makes several stops and there are different ticket options that you can purchase. One of the most historic and spectacular stops is in Bennett, BC where you can take a walk on the historic Chilkoot Trail. 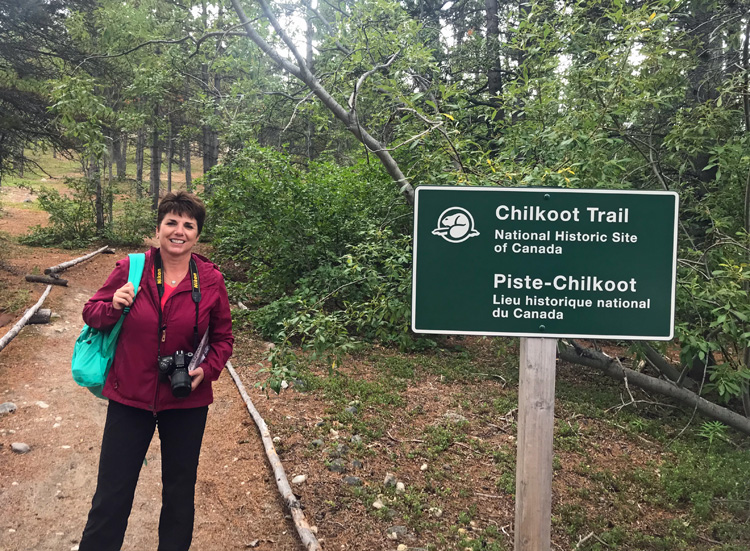 Walk in the footsteps of Klondike prospectors on the Chilkoot Trail – a national historic site of Canada. 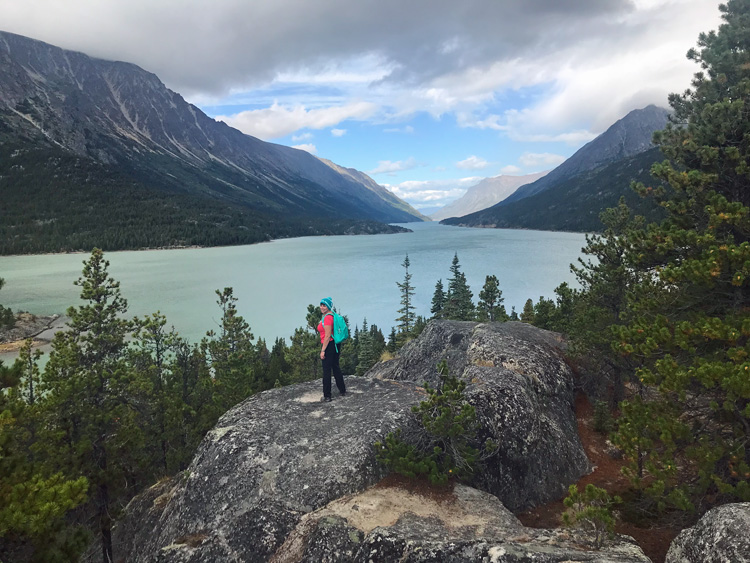 The views are wonderful on the Chilkoot Trail. 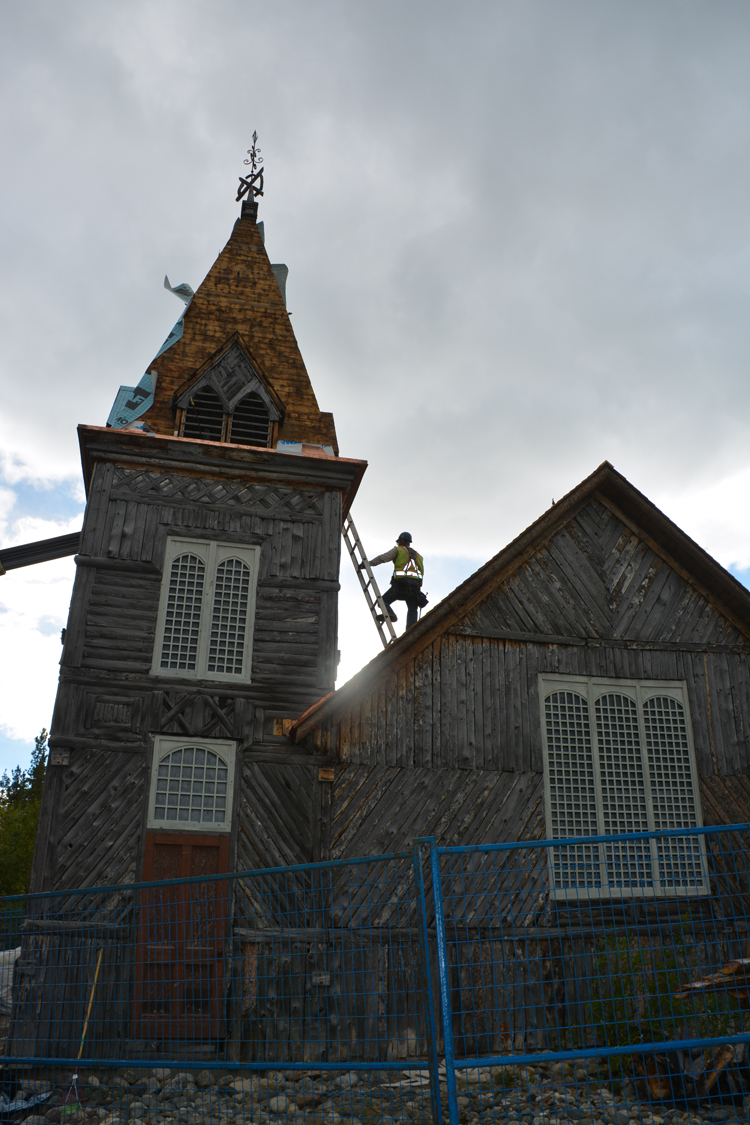 St. Andrews Presbyterian Church is a visible reminder that the ghost town of Bennett, BC was once a bustling Klondike community.

The end of the line – Carcross, Yukon or Skagway, Alaska

The final stop is either Skagway, Alaska or Carcross, Yukon – depending on which way you ride the rails. Many riders on this train purchase the trip as a cruise shore excursion from Skagway and opt for the shorter White Pass route, which doesn’t stop on the Chilkoot Trail and doesn’t reach the Yukon. In this case, going all the way is a good thing. The tiny community of Carcross is incredibly historic and picturesque.

The Carcross Station is the northernmost stop on the White Pass & Yukon Route. 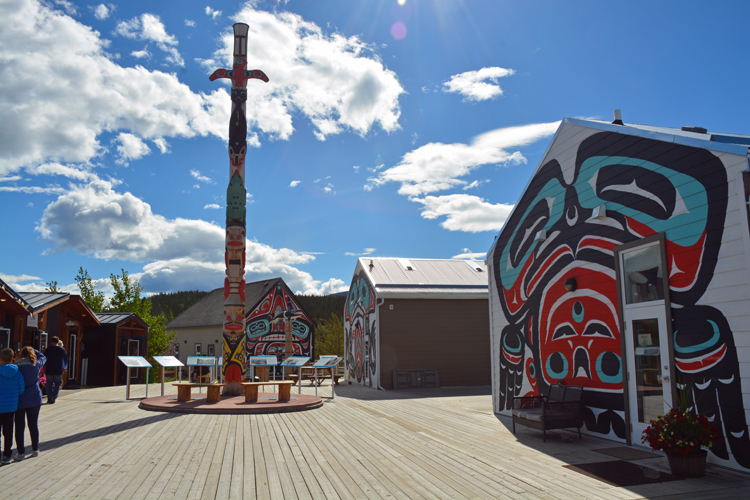 Carcross, Yukon has a permanent population of about 300 residents. The community used to be known as Caribou Crossing. 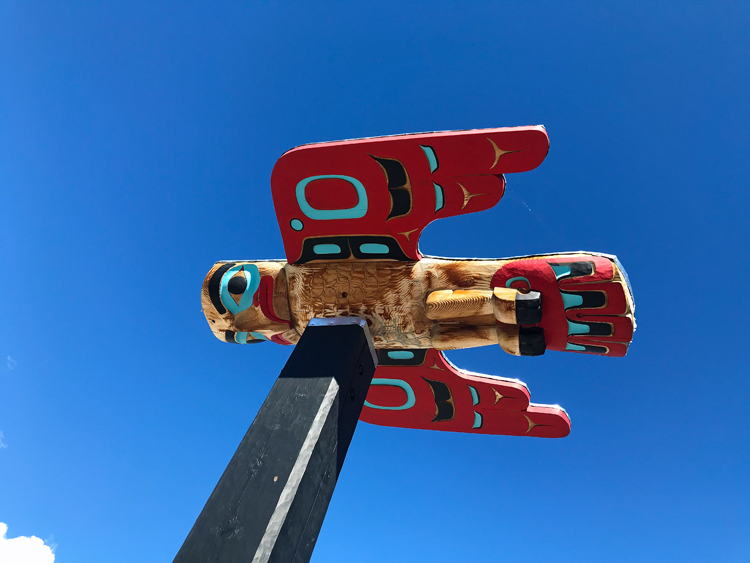